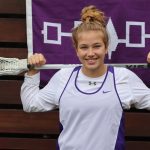 Indigenous girls reconnect to their roots through lacrosse

Storm Selects Lacrosse was awarded a WISE Fund Grant in 2018.

Storm Selects Lacrosse formed in 2017 with a goal to work with a team of Indigenous female athletes to grow the game of lacrosse in British Columbia and to develop future leaders and role models. After the completion of the North American Indigenous Games in Six Nations in July 2017,  managers, trainers, parents and families realized lacrosse is a great way for young people to connect to Indigenous culture, history and traditions. Lacrosse has deep significance for First Nations communities in North America, who have played a version of the game for more than 500 years. But today, many young girls have lost that connection.  It was felt more needed to be  done to increase the participation of Indigenous girls, who made up less than eight per cent of participants in box lacrosse in BC.   “Especially after the North American Indigenous Games, we realized, we didn’t have a lot of females to draw upon when it came to the sport,” says Cherlyn Billy who served as Team Manager for the BC Aboriginal Team under 19 at the 2017 North American Indigenous Games.

The team members approached Billy after the North American Indigenous Games to see if there was a way to remain connected, to showcase what they are doing and to encourage other Indigenous girls to get involved in lacrosse.  Billy became the organizer of Storm Selects.

“When we applied to the WISE fund, it was to get the marketing tools to start showcasing and sharing and developing a website.  Basically, the WISE fund helped us implement and get started on that communication piece that didn’t exist before,” Billy says.

“We actually sat them down with the athletes and asked them what they wanted to see and what they wanted to have included,” Billy says.  She adds, “They wanted pictures especially showcasing who is playing and highlighting different camps because if you don’t see it, you don’t know it exists.  That’s what they felt was really missing was we didn’t have anything identifying female Indigenous athletes in this sport.”

They found there are many girls who want to play throughout BC.   At one recent camp they held, 15 of the 20 participants were Indigenous girls.

“The last camp we held we had so much support from the local lacrosse associations who do want to see more girls and Indigenous girls playing so we’re kind of opening those doors to not just Indigenous athletes now.  It’s just trying to open it up to girls in general.”

In the Interior of BC, Billy says there aren’t enough players to have all-girls lacrosse teams so many of them play on mixed teams.  Some of them are the only girls on their teams.

“We’ve seen how when you bring like-minded people together especially in this case, we’re talking Indigenous girls or even girls, it helps them build that confidence that they need when they are around their peers,” Billy says.  She adds, “We had one girl who came who could barely look at people.  She was so shy.   And then after participating with us, she’s now actively involved in everything – has confidence and I think that’s what a large part of what we’ve seen as success.”

Billy says the initiative has had another positive result she wasn’t expecting.  “The one thing that stands out to me is how many girls are actually saying they are Indigenous now.  These are some of the same athletes that you see playing but now they’re proudly saying they’re Indigenous.  So, we found more athletes who’ve actually been playing but now they’re identifying because they’re seeing yeah, it’s not something to be ashamed of. It’s something they can share and showcase.  And that’s the big part for me, the cultural aspect and the pride.”

Billy says organizations don’t need to try to do everything on their own. In her case, she found there were passionate people looking to bring about change.  She simply helped empower them.

“They (the athletes) are the ones that started it – I was just in the background trying to help them move it forward,” Billy says.

She adds, “The athletes were so excited to finally see the sport highlighted for them because when you don’t have the (large) numbers it’s really hard to get people interested.  I think that’s the great thing about the WISE fund is that it provides a real opportunity for those sports (under the radar).”

When Cherlyn Billy was looking for athletes from the Storm Selects to help promote the sport to young Indigenous girls and to start the website, she had to look no further than Callison Foreman.

Foreman, the team captain for the BC Aboriginal Team at the North American Indigenous Games, helped rally the players to stay involved.

“NAIG (the North American Indigenous Games) is the only opportunity for all of the female Indigenous players to get together.  There’s not really another experience like that anywhere in BC or in Canada,” Foreman says.

Foreman says the team was so close that everyone was looking for ways to remain connected and to showcase how much fun they had together.

“It’s kind of a family.   It helped me see more of what’s possible within the Indigenous community which I wasn’t super involved with before.   So, I think for me it was just important that everyone could see there’s people that are there for you and there’s opportunities that you could have.”

Foreman grew up knowing little about her own Indigenous roots.  Her involvement in lacrosse and with Cherlyn Billy has changed that.

“I just think what Cherlyn has done is she’s built a community around lacrosse and she really brought me into that community,” Foreman says.  She adds, “She’s really built a safe and secure space for me and so many other girls.  I think that’s why it’s so important that everyone knows about it.”

After NAIG, Foreman was selected to play for the Haudenosaunee Nationals at the World U19 Women’s Lacrosse Championships in 2019.  She says that wouldn’t have been possible if she hadn’t gone to the North American Indigenous Games and learned about the importance of lacrosse and its place in First Nations culture.

“It makes me feel like I’m doing something more than just playing lacrosse especially when I play with my community team.  I feel like I’m bringing light to the Indigenous culture in a way,” Foreman says.

Foreman has travelled the country as a result of the sport and was recently offered a lacrosse scholarship at Embry Riddle University in Florida.  She’s planning to go in August to begin her studies in aerospace physiology.

Foreman is a member of BC’s senior women’s lacrosse team and in 2019 was a provincial recipient of the Premier’s Award for Excellence in Sport for field and box lacrosse and rugby.  In the future she is hoping to represent Team Canada in lacrosse.

“It (lacrosse) has pretty much taken me everywhere that I wanted to go, and I think it can still take me to farther places,” Foreman says.

She adds her life has changed thanks to her involvement with the Storm Selects.

“I learned a lot about the Indigenous community which to me has been the biggest thing.  Like now, I’m very proud to be able to say that I’m Indigenous.”